It’s been five years since the attacks to the WTC in New York. I was living in that city at the time and had the sad honour of being an eyewitness to the tragedy. I still recall the different emotions I went through those days. I rescue one special moment: in the middle of the sadness and gloom I recall feeling hope and a sense of community as I crossed Union Square during the days after the attack. I remember people talking to each other, trying to undertand together what happened. I don’t remember any feeling of revenge in those people. Instead I remember a clear wish for peace and fairness in whatever action the US government was planning to adopt. For a moment I was even enthousistic about the prospect of seeing the US (both its people and government) opening their eyes on the real causes of the situation: the constant errors in their Middle East policy. I know (we all know) that unfortunately those weren’t the feelings that prevailed, but my intention here is not to get into a debate. I just wanted to mention that there was a moment just after September 11 when people in the US looked at the situation from a more lucid perspective than today, 5 years later, thousands of dead civilians and military, new terrorist attacks worldwide on daily basis … (you can see original footage and comments at http://www.cruzate.com/nyhell/)

By the way, I’ve recently realised that my testimonial on what happened on September 11 has been quoted in different sites which try to prove that the attacks never took place as such. I even received an email from an anonymous person (the mail comes from Louis L. [box_full_of_junk @hotmail.com]) asking my opinion on the subject. This is my reply:

At the time of the second explosion I was on the rooftop getting my camera ready, so even though I witnessed the explosion I wasn’t able to tape it. I lived on 6th St and 1st Ave, which is NE of the WTC. That partly explains why I didn’t see the plane coming. In any case, I think that the state of disbelief in which we all were would have made it very difficult to conceive the existence of a second plane (I took the subway to work after witnessing the whole thing!) This, I think, will discard my experience as any evidence against -or for- the existence of a second plane. Please, if you’re going to quote me for whatever purposes, quote the whole paragraph so other people can take their own conclusions. 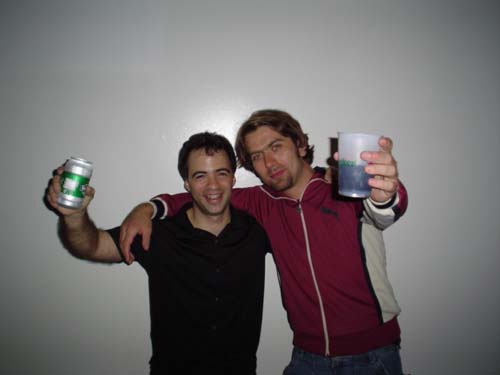 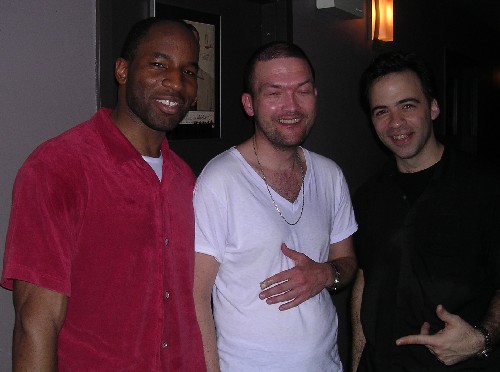