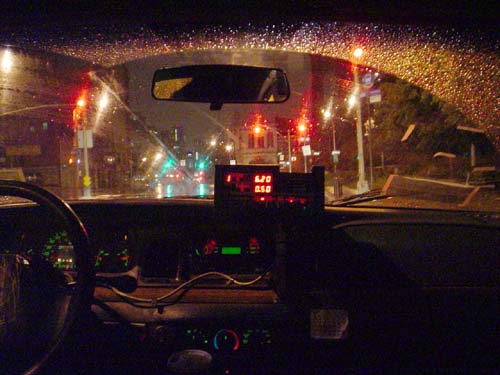 Yesterday night I went to a birthday party held in a tall building in Chelsea. After dinner we all went to the roof from where we could see a fantastic view of the Empire State Building. Obviously all the conversations converged on last week’s tragics events, on what each of us was doing on Tuesday morning, on the hundred stories of people who saved their life for details that could be seen as totally irrelevant in a normal situation, etc. There was also lots of talk about the future. Fortunately, everyone in that party, and so far everyone I’ve met and discussed with about the current situation in the past days, think that the idea of going for a full scale war is totally wrong. This is something you can also see on faces of the hundreds of people that every night cover Union Square with a web of candles and pacifist flyers. However, there’s something that’s still missing from all the spoken and written words geared to heal the tragedy of our current lives. As the journalist Andrew Buncombe rightly points out “in the media, on the streets, in workplaces across the country and among politicians there is plenty of graphic talk about how these attacks were so casually inflicted, but there is very little discussion of why” (Better to be silent than out of step when Bush bangs the drum published by The Independent, London).
I just read The New Yorker’s “Talk of the Town”, my favorite section, and I have to say that I’m a bit disappointed. Only Susan Sontag and Hendrik Hertzerberg (his article has mysteriously been removed form the online version) seem to have a more clear idea of the reasons behind’s last week’s horrible attack. But so far the only lucid analysis of the situation (which in my opinion should be the first step in trying to find a real solution against terrorist attacks) come from overseas. Today a friend mentioned another article published by The Independent in London “Bush is walking into a trap” which for gives a better perspective on what are the real problems that we’re facing now.

American people are reacting to the blind policy of the US government and the self-imposed censure of the US media. You can visit FreeSpech.org to see the different activities that the civil society is planning to put their word out on the streets.